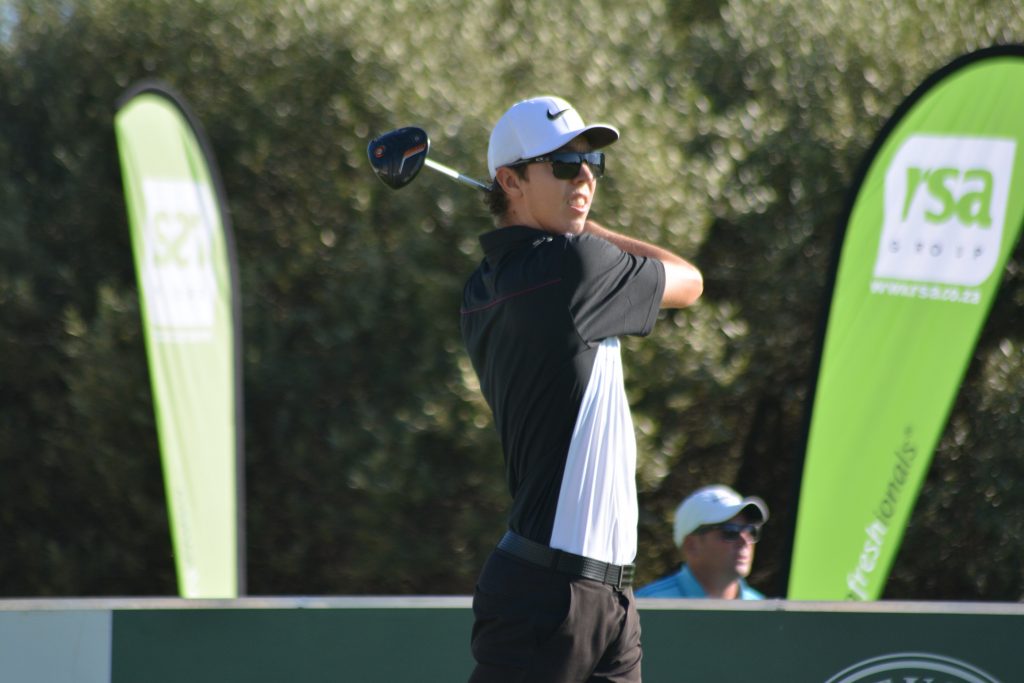 PRETORIA, 12 December 2018 – Johannesburg rookie Luke Brown laid down a marker for a coveted Sunshine Tour card in the Big Easy IGT Tour Championship when he soared to a one-shot lead at Centurion Country Club on Wednesday.

In a first for golf development, the top 30 players in the Road to Sunshine Tour qualified for the final and the 10 top ranked players at the end of the 54-hole season-finale will earn playing privileges for the 2019/2020 Sunshine Tour.

Brown, ranked 17th and just over R10 000 shy of the current top 10, was understandably pleased to make such a fast start.

“It’s a huge week for the 30 guys that qualified,” said Brown. “We’re playing for a purse of R200 000, and the winner earns just over R32 000. If I can keep it going, I could definitely nail down one of the 10 cards. That means starting the Sunshine Tour in April. It’s huge. And every guy in the field is playing for those odds.”

Brown burst from the blocks with an eagle at the par five opening hole.

“It’s always nice to hit a good tee shot for your first one of the day and I hit it straight down the middle at the first, which set the tone for my day,” said Brown. “I had 190 metres in, a bit down-wind, and I hit a 7-iron to about 18 feet and made a great putt.”

The Johannesburg rookie had a run of five pars before his next birdie and reeled in four more down the back nine secure pole position in the season-finale.

“I hit a nice drive down seven, a 4-iron on to the green and two-putted from 30 feet,” said Brown.

“Another good drive at 10 to a really nice pin. I had 70 metres in. You could spin it back a little and my chip lipped out for two, leaving me with a tap-in birdie. That was probably the highlight of my day.

“I was disappointed not to birdie the first par five on the back nine (12) after a good drive. I hit a 4-iron a bit right and had to up-and-down for par. My next birdie came at 13 after another great drive. I hit a wedge in from 80 metres to 10 feet.”

Brown did birdie the last par five, the 15th, with a risk-and-reward 4-iron out of the rough.

“The pin was right at the front, just over the water, but the 4-iron came out nicely, leaving me with two putts from 25 feet for the birdie,” he said.

“At the last hole, I hit my 3-wood in the bunker on the right and left myself with a longish bunker shot. I hit a good shot that ran on to 10 foot and I made the putt for a birdie finish. The putting was really good today, which helped to put some red numbers on the card.

“It’s a really nice format, having just 30 guys and no cut. There is more pressure knowing that only the top 10 guys will get Sunshine Tour cards and you do think about where you need to finish to make the grade. But I am playing it the same way I would any other tournament. That keeps the pressure off. Just go out there and play your own game and see what happens right at the end.”