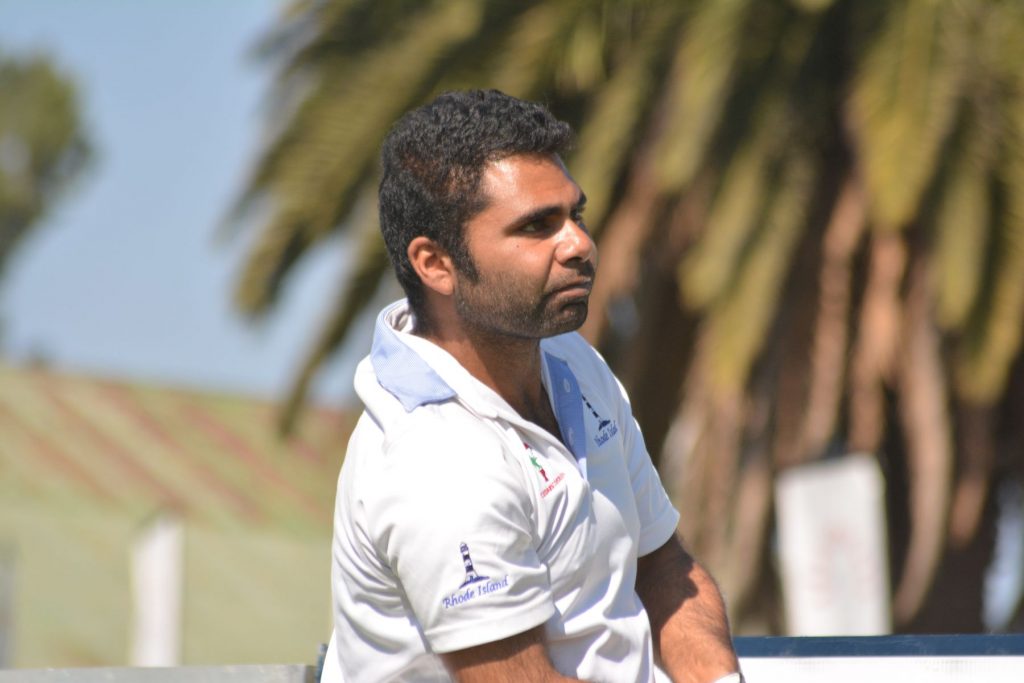 BENONI, 28 May 2018 – Jason Diab sits atop a packed leaderboard after opening with a four-under-par 68 in the fifth IGT Challenge Tour on Monday.
The 28-year-old Somerset Wet golfer leads by one from fellow Gary Player Class of 2018 member Heinrich Bruiners and Sunshine Ladies Tour campaigner Lejan Lewthwaite after a solid start at The Lake Club Benoni.
KwaZulu-Natal amateur Luke Mayo, who made his debut on the golf development series last week, is also in the mix on three-under with Chris Cannon and rookie Keaton Slatter.
A further six players are tied for seventh on two-under, with 2017 Sunshine Tour Qualifying School winner Herman Loubser leading a six-strong group at one-under that features yet another Gary Player Class of 2018 member, Dwayne Basson.
Diab, who graduated the IGT Challenge Tour in 2015 attended the season’s first Gary Player Class of 2018 Boot Camp at the World of Golf last week with Bruiners, Basson and the rest of the squad and he believes the experience is paying off for all the members.
“I’m not surprised to see three of us in the top 15,” said Diab, who took the honours in the Gary Player Skills Challenge at the end of the camp on Sunday.
“We worked extremely hard and it was a couple of very intensive, productive days. I don’t have great practice facilities in Cape Town, so I made the most of my time at the World of Golf. I’ve got to give a big shout-out to Stephan Spies, who worked with me on my short game. I felt really positive and in control out there today.”
However, Diab wasn’t quite in control when he pitched up at the wrong course for the fourth event.
“I put Benoni Country Club in the GPS, instead of the Lake Club Benoni, so it was a bit of a rushed start,” he laughed. “I opened with three pars, but I dropped a shot at the short hole (13). I hit a low draw, but the wind got hold of the ball and dropped it in the bunker.
“I bogeyed 17, too, after I hit it straight down the middle. I had 80 metres to the pin and I took sand-wedge to hit a low draw, but the ball ended up short and stuck in the face of the bunker. But I sunk a 15-footer for birdie on 18 to stop the bleeding and that turned my day around.”
He played the last nine holes in five under to shoot to the top of the pile.
“I tried to drive it over the corner at the second, but the ball clipped a tree and I had a pretty bare lie,” he said. “I hit a compressed sand-wedge with a draw and it pitched a foot from the hole. I made the birdie and at the third I made eagle.
“I probably should have gone down the right, but I hit it down the left and landed about a foot from the fairway. I had to hit a high draw 6-iron to clear the trees. The ball landed pin high left, about eight foot from the hole and I boxed the putt. I birdied the next par five (four) and made another birdie at seven to finish on four under.
“I only missed two fairways, so I’m striking the ball well and the short game was solid. It’s great to be in the lead, because it’s long overdue. First I was out for five months with a wrist injury and three weeks ago, I sprained my little toe, so I’m having to play with sneakers. I’ve worked hard on my game and it nice to see that converted into a good score again.”
Bruiners, who will be looking to avenge last week’s play-off loss at State Mines with a trophy finish at the Lake Club Benoni had a pair of birdies at three and eight and erased a bogey at 14 with an eagle at the par five 15th to finish one off the pace.
Playing partner Lewthwaite overcame a bogey-bogey start with back-to-back birdies at three and four. Further gains at 10, 12, 15 and 18 helped the Benoni golfer to offset a late bogey at 16 for 69. “I was excited to see I was playing with Heinie,” said Lewthwaite. “Any opportunity to play with a Sunshine Tour winner is great and he didn’t disappoint. After that bogey-bogey start, I lifted my game.”