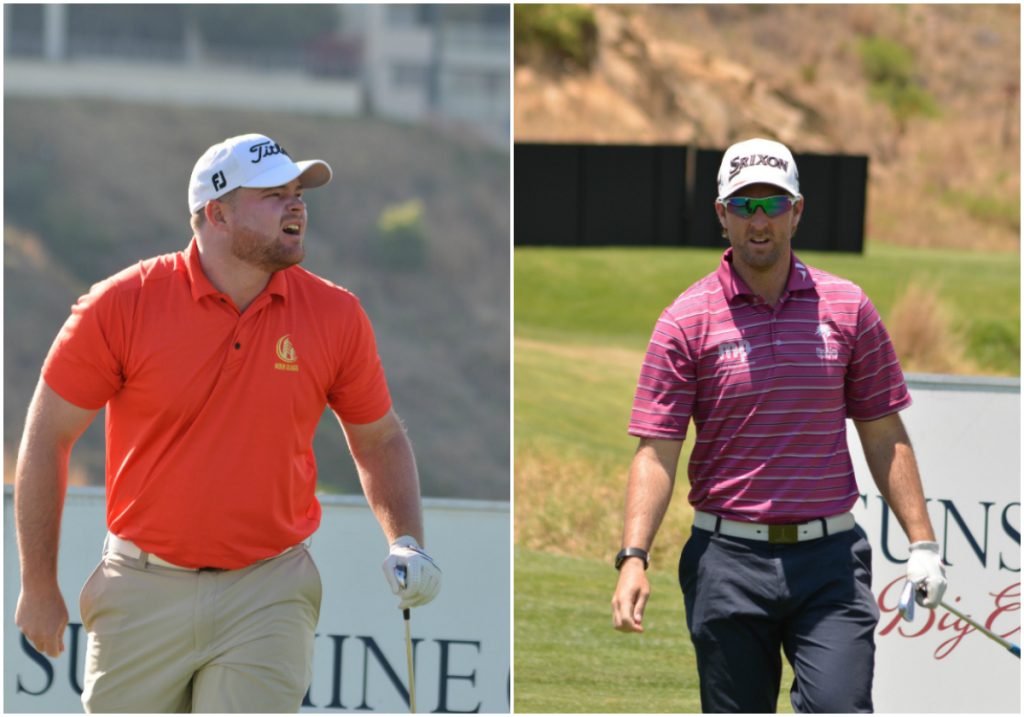 ROODEPOORT, 29 October 2018 – Juran Dreyer followed his maiden Big Easy IGT Challenge Tour victory last week with an impressive opening round 65 to grab a share of the lead in the 13th event of the developmental golf series on Monday.

Driving accuracy, course management and some seriously hot putting saw Dreyer go wire-to-wire at the Lake Club Benoni with rounds of 63, 65 and 67.

He celebrated his professional breakthrough with a nine-shot victory last Wednesday, having dropped just three shots over 54 holes.

It was much of the same on day one at Eagle Canyon Golf Estate as the 24-year-old Schoeman Park golfer birdied all four par fives and reeled in four more gains in a flawless round to tie Stuart Smith from Botswana for pole position.

“My game still feels good and it does take that little bit of pressure off when you’ve done it once,” said Dreyer.

“I drove the ball well again and my iron play and wedges was good. I hit 11 fairways and 16 greens and had around 27 putts. I took advantage at all four par fives, and knocked in more three and 10.

“At 17, I had 144 meters downhill into the wind to the pin. I hit a three-quarter wedge a meter short of the flag and holed an inside right putt for birdie. I hit a great drive at the last hole and had 186 flag, uphill into the wind. I hit a 6-iron 20 feet short and left the eagle putt in the mouth.

“When you’re hitting everything solid, it’s a big advantage at this course, because you can set yourself up to score. I felt very composed, and that comes from last week’s win. It could have been a lot lower but I pressed it till the end and finished with two birdies, which was really nice. It’s way too early to be thinking about another win, but I’m happy with another solid start.”

Smith, who pipped Dreyer for victory in the 10th event at Services in September for his maiden win, also went around the par-72 layout bogey-free.

“I made a great start and that set me up nicely for the day, even though I had two bogeys,” said 21-year-old Moralee, who enjoyed his Big Easy IGT Challenge Tour breakthrough at Ruimsig Country Club in August. He cemented himself in the top 10 on the Road to Sunshine Tour with two runner-up finishes, but slipped to ninth in the last two weeks.

“I hit it to a foot at the first and boxed the putt for a birdie start. At the second, I hit 5-wood off the tee and 7-iron to eight foot and made the eagle putt and I holed a 30-footer at the third for birdie.

“On the 12th, I spun a wedge back into the water for my first bogey after a birdie at 11. I made another birdie at 14, but three-putted from 20 foot on 15 to drop another shot. At the last hole I hit 5-iron just short of the green and made a good up-and-down for birdie. I was solid throughout, but the first three holes definitely turned good day into a great one score-wise.”

Barker fired five birdies and offset a lone bogey at the par-five 14th with an eagle at the closing hole.