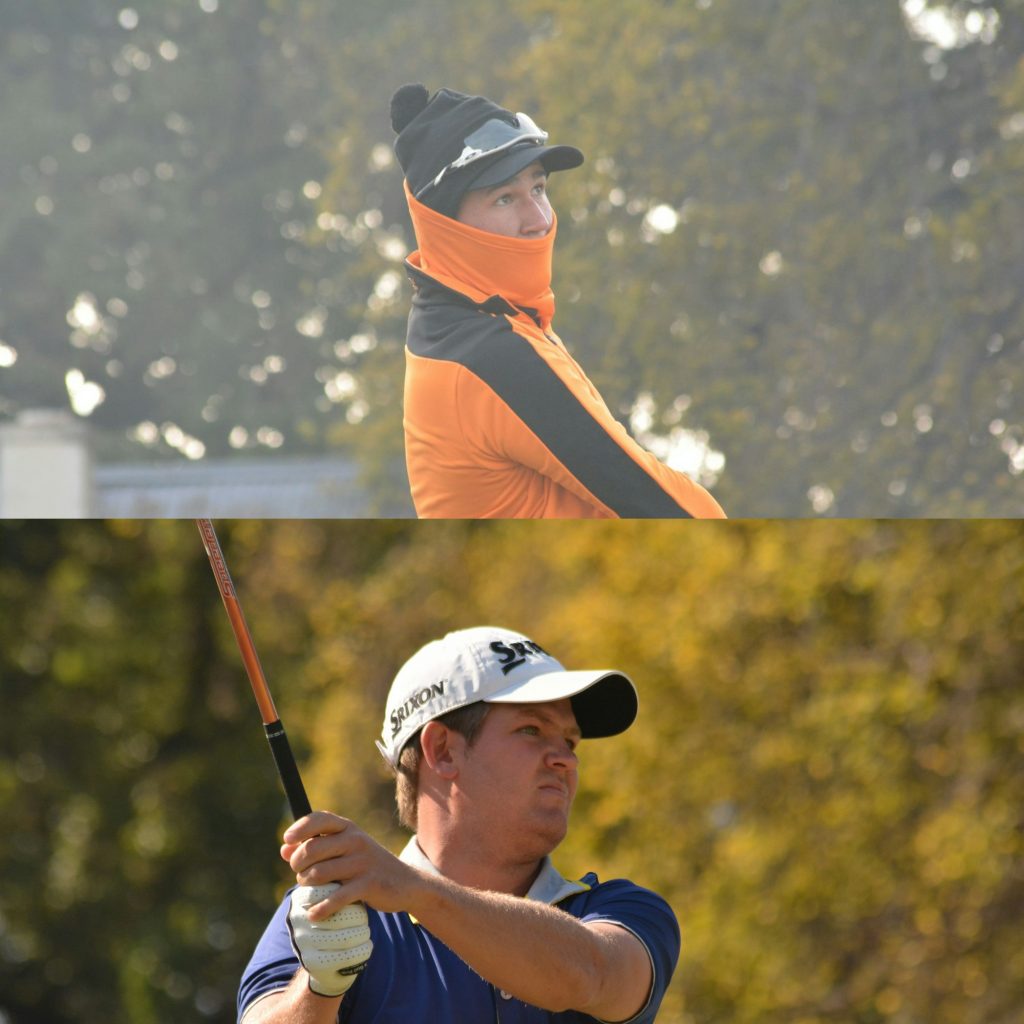 TSHWANE, 11 June 2018 – Sunshine Tour Qualifying School winner Thriston Lawrence fired a seven-under-par 65 in the opening round at Irene Country Club, but Pretoria rookie Ruan Korb denied him the outright lead in the sixth IGT Challenge Tour event on Monday.
Lawrence fired an eagle and seven birdies to set the clubhouse target among the early starters, but Korb grabbed a share of pole position with a birdie at the closing hole in the late afternoon.
Dylan Kok and amateur Armand van Dyk are two shots adrift, while Gary Player School of 2018 quartet Dwayne Basson, Derick Petersen, Teboho Sefatsa and Irvin Mazibuko finished in a tie for fifth at four-under with Luke Brown and amateurs Caylum Boon and Liam Labuschagne.
Lawrence, who missed the cut in the Sun City Challenge, was happy to return to the IGT Challenge Tour to polish his game.
“It’s really great to have the IGT to fall back on during the breaks,” said Lawrence. “I thought the Gary Player would suit me well because of my strong long game, but I never got comfortable. The greens were incredibly firm and fast and I kept missing on the wrong side. You can’t score that way.
“The standard on the Sunshine Tour keeps improving. The cut keeps getting lower. So it’s really important to stay competitive, especially for the rookies. We can’t afford to take a month off. Coming back to the IGT makes sense.”
The 21-year-old former two-time Sanlam SA Amateur champion hit the first green in two and boxed an eight-footer to get his campaign underway. “It was bitterly cold, and the ball wasn’t travelling far yet, so I didn’t want to chance going for the green in two,” said Lawrence. “I laid up and hit my third to eight foot and boxed the putt for birdie. Nice way to start the round.”
After another gain at six, the Nelspruit golfer eagled the ninth to turn five under.
“I hit a great drive down 10 and had a 7-iron to 12 foot and made the putt,” he said. “I made two more birdies at 12 and 14 and backed myself to make a few more down the last three holes, but I four-putted 16 for a double bogey. The first putt was about 40 feet and I lagged it to six feet. The ball turned away at the hole and I missed the return after I allowed for it turn and it went dead-straight.
“It was nice to finish birdie-birdie after the double. I have been playing well recently and it was nice to have a solid round today and to see some putts drop. Still two rounds left to go, but I’m happy to be in a strong position after day one.”
Korb had just one drop on his card. Ironically, also at a short hole.
“I hit 9-iron into four, lagged the first putt close, but missed the par putt,” he said. “I missed a four-footer at 16 and a two-footer at 17 for birdies and I only birdied two of the par fives, which always hurts a little. But otherwise the game was solid and overall my short game was really good.”
The sixth event on the country’s premier golf development circuit has drawn a record field of 132 players and boasts a purse of R50 000, the biggest of the season.
Korb has moved to second in the Road to the Sunshine Tour after four Big Easy IGT Challenge Tour starts and was stunned to see such a big field. “I only decided to play on Sunday morning and I was pleasantly surprised to see such a big field,” said the Wingate Park golfer.
“I missed my card by one shot, so the Big Easy IGT Challenge Tour is a real life-line. There is a lot of jostling for those 10 cards to the Sunshine Tour and that’s why I decided to play. I need to stay competitive to make sure I stay in the top 10.
“It’s fantastic to have such a big field and great to have some Sunshine Tour players in the field. It raises the level of competition even more and that means we raise our games, too.”