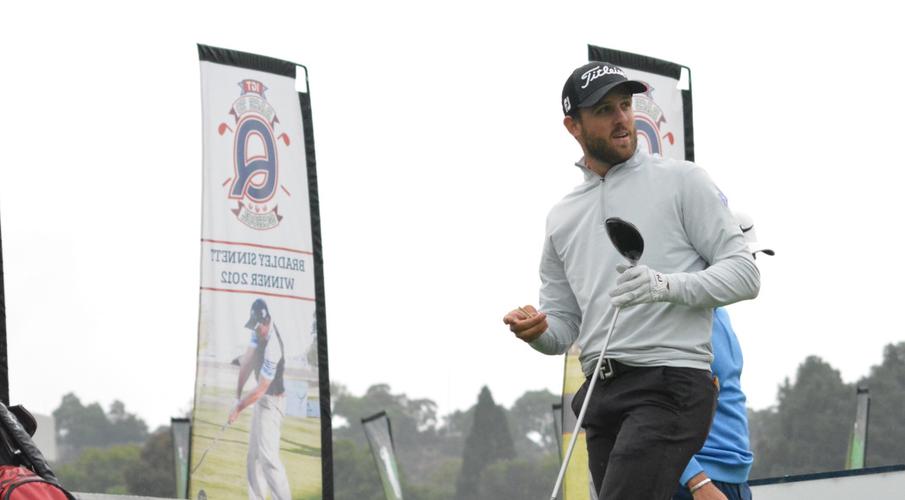 Mansfield on a mission at Akasia

Mansfield on a mission at Akasia

PRETORIA, 1 July – KwaZulu-Natal golfer Clayton Mansfield refused to linger on a double bogey finish that cost him a share of the lead, preferring to look ahead at what he needs to do over the next two rounds to win the Big Easy IGT Challenge Tour #6 this week.

Mansfield took his lead from Christiaan Bezuidenhout and Toto Thimba.

“They are both Big Easy IGT and IGT Challenge Tour winners who have gone on and made it and if they taught us anything, it’s to persevere through the knocks and keep your eye on the end game,” said Mansfield.

The 24-year-old from Durban signed for an even-par 72 in Monday’s opening round and he will start the second round at Akasia Golf Club two shots behind joint leaders Michael Schutz and Neale Woernhard from Switzerland.

“The wind was really pumping on the ninth and I hit what looked like a great golf shot, but I watched as the wind took it and dumped it in the hazard,” Mansfield explained. “I could play it, so I chipped it on the edge of the green and three-putted for double.

“Not the way you want to finish an otherwise great round, but if I’ve learned anything out here on the development circuits, it’s that there is no point crying over spilt milk.”

Schutz turned four-under after wedging an eagle-three between birdies at 14 and 16 and he held the outright lead after a birdie at the par five eighth. He, too, made a double at the short ninth to set the clubhouse target at two-under.

Woernhard was flawless in his outward loop and pencilled a birdie at 13 and an eagle at the par five 14th on his card to turn three-under. His back nine was another story as he dropped shots at one, two and four. The Swiss golfer countered with a trio of birdies, but he let another one slip a bogey at the par-five eighth to join Schutz at the top of the leaderboard.

Mansfield reached the turn in one-under after a birdie at the par five 15th.

“I hit a lot of fairways and greens going out, and sunk some great putts to keep the round going, but coming through the turn, the wind went into overdrive,” said the former GolfRSA National Squad member.

“Everyone battled on that nine because it was so tough to judge your club selection, plus they had some pins tucked in really tough spots. I bogeyed the second, but I made up for it with two great birdies on seven and eight.

“I hit a great 3-wood off the tee at seven and 8-iron to six feet. I went with the 3-wood again at the eight, hit the green in two with a 3-iron and two-putted for birdie. The double left a sour taste in my mouth, but it’s more important to keep my eye on the target.”

The end goal is a full playing card for the Sunshine Tour.

To bag the reward, Mansfield must finish the season in the top six on the Road to Sunshine Tour, but missed cuts in his last two starts has done him no favours.

“I was third, but I dropped to sixth in the last two weeks, which isn’t good, but it’s not exactly a train-smash, either,” he said. “I had some personal issues to deal with and it definitely affected me adversely on the golf course.

“I’m learning to deal with that stuff now and I’ll know how to handle it if I’m on the Sunshine Tour or when I get to the European Tour and that is a plus. We all have to learn to pay our dues and to take things one step at a time. My coach Shaun Coetzee has been a rock and I’m in a much better head-space this week. It showed out there on the course. So, next step is to put together a decent score in round two and see where it leaves me.”

Matthew Ruston and Theunis Bezuidenhout both birdied the tough ninth to make it a three-way tie on two-under. Sunshine Tour rookie Hennie O’Kennedy, Coert Groenewald and Northern Ireland’s John McClean share sixth on one-over, while Alister de Kock and Dwayne Basson from the Gary Player School grabbed a seat on the 11-man bus at two-over.