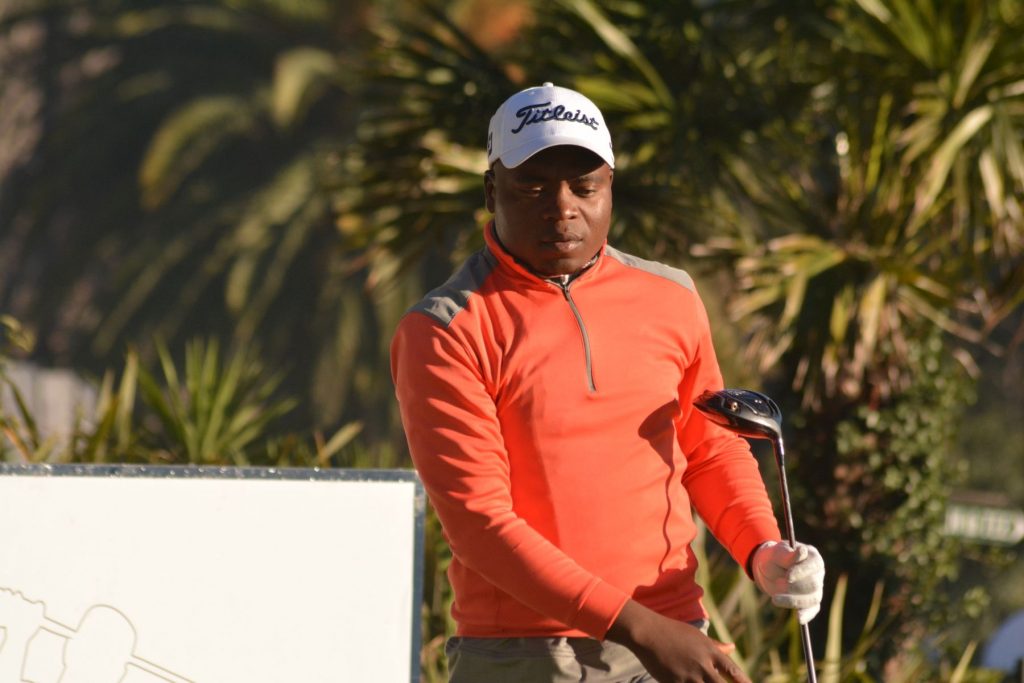 Nethunzwi near his sweet-swinging best at Kyalami

JOHANNESBURG, 18 June 2018 – Soweto golfer Musi Nethunzwi hit the front in the opening round of the IGT Challenge #7, thanks a brilliant burst of scoring on the back nine at Kyalami Country Club on Monday.
The 29-year-old member of the Gary Player School of 2018 was one-under through the turn. He racked up four birdies and an eagle down the home stretch, including gains at 15 and 16 to finish at seven-under 65.
Pretoria amateur Otto van Buynder, who won the fourth Big Easy IGT Challenge Tour event two weeks ago, finished three shots back.
Nethunzwi fired a final round four-under-par 68 at Irene Country Club last week to tie for sixth in the IGT Challenge #6. He was pleased to pick up where he left off.
“We had a great boot-camp at the World of Golf at Woodmead at the end of May,” said Nethunzwi.
“I have been striking the ball really well, but I feel like the work we did on the shorter irons and wedges are starting to pay off. I feel like I’m playing as well as I did when I won on the Big Easy Tour last year. It was nice to put all that practice to work on the IGT Challenge Tour last week and come away with a good result and to keep the form going today.”
Nethunzwi birdied the par five fourth to go one-under and cancelled back-to-back bogeys at five and six with gains at seven and nine. He sunk a 15-footer at 11 and hit an amazing approach into the par five 13th that left him with a six-footer for eagle.
“I hit my tee shot behind a tree,” he said. “I didn’t have much room to work with, but I had a line to the green, so I hit my second with a hook to the back pin. It finished six foot short of the pin and I made the putt to go four-under.”
Nethunzwi converted a close range putt for birdie at 15, sunk a 12-footer for birdie at 16 and two-putted for a final gain at the par five closing hole.
Fellow Gary Player School of 2018 member Thabang Simon posted a three-under 69.
He tied for third with rookie Peetie van der Merwe and four amateurs – Keegan Mclachlan, Slade Pickering, Stals Swart and South African Golf Development Board player Chandler Shaw, who closed with three birdies on the bounce to join the bus at three-under.