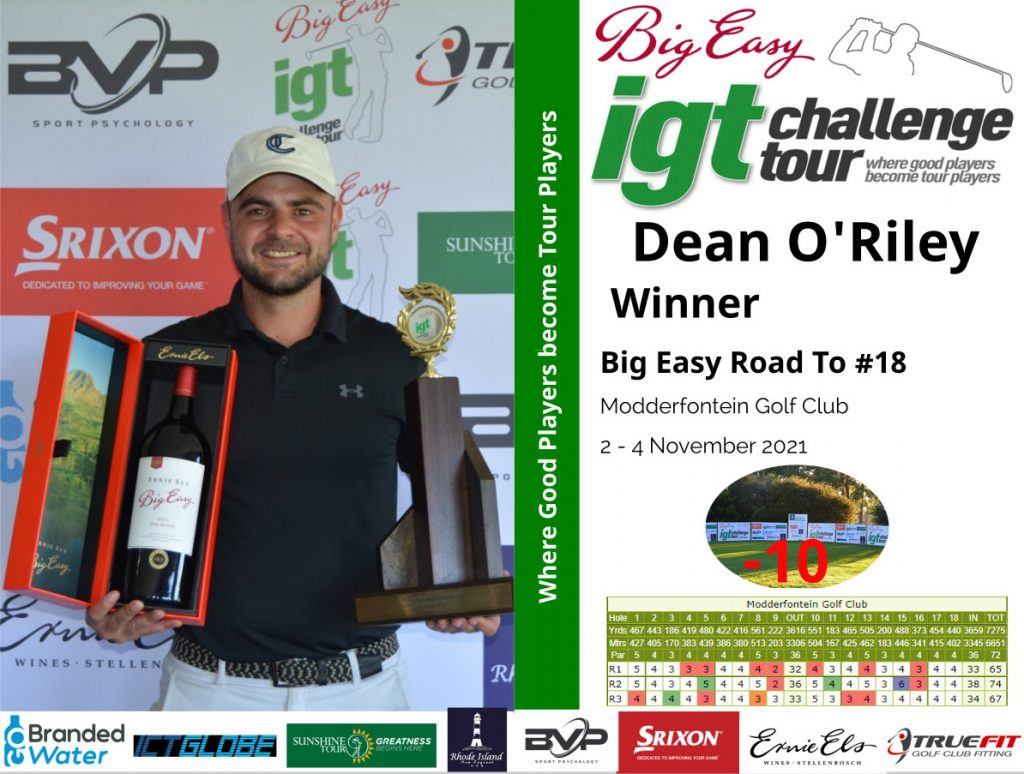 Dean O’Riley overcame an early bogey on Thursday and then cruised his way to a one-shot victory with a closing five-under 67 in the Big Easy IGT Challenge Tour’s Road to the Sunshine Tour #18 at Modderfontein Golf Club.

Although he started with a birdie on the opening hole, O’Riley dropped a shot on the third in his quest for victory after he slipped off the pace in the second round with a two-over 74. But he stayed resolute under the pressure, and two more birdies on the front nine, together with two on the homeward nine, saw him home ahead of Carlo Heunis and second-round leader Gregory Mackay.

The victory catapulted the former Sunshine Tour professional and former golf director at Vaal de Grace into 31st on the Road to the Sunshine Tour Order of Merit, a jump of 38 places, and his form sets him up nicely ahead of the three-tournament play-off series. When the play-offs are done and dusted, the top six will earn their Sunshine Tour cards.

O’Riley’s 67 was the joint low round of the day, matched by Ian Snyman who came home in a share of fourth place on eight-under for the tournament, two shots off the lead. That kept Snyman in top spot on the Order of Merit as he seeks to add Sunshine Tour status to his Asian Tour card. Snyman shared fourth with Kyle McClatchie, who continues his good form and is in third place on the Order of Merit.

The other four players currently in the top six – Ryan van Velzen, Erhard Lambrechts, Therion Nel and Vaughn van Deventer – all finished inside the top 20. Mackay climbed into seventh place with his runner-up finish. 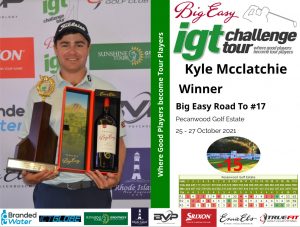