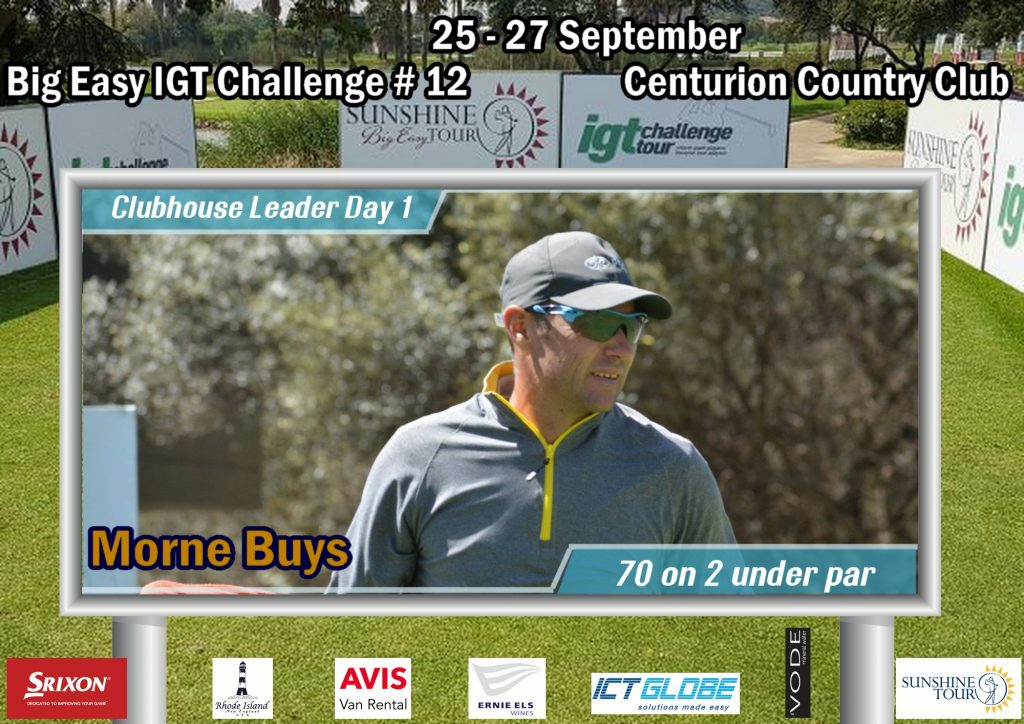 Pepler and Buys lead the attack at Centurion

Pepler and Buys lead the attack at Centurion

On a blustery day in Pretoria, the duo carded matching two under par rounds of 70 in the afternoon session to take pole position.

Jason Smith – already a two-time winner this season – eagled the par five first, but gave the two shot advantage back with bogeys at seven and 11. The Irene golfer finished in joint third on even-par alongside Gary Daoust from Belgium.

Jason Froneman, Dylan Kok, Marthin Scheepers and Stephan Erasmus finished just three shots off the pace, with a further six players in joint 12th and within four shots of the leading pair.

“We usually look forward to low scoring at Centurion, but the wind showed up early and blew at speed all day; it was a much tougher day at the office than the players expected and with more wind forecast for the week, the next two days could prove very interesting,” said IGT Challenge Tour commissioner Cois du Plooy.

Pepler reversed a bogey on the par three third with a birdie on the par five seventh and gains on the 10th and 12th holes took him into red numbers. The Secunda golfer, who joined the pro ranks in March, gave a shot back to the field on the 14th, but a birdie at the last par five – the 15th – was good enough to gain him a share of the lead.

Buys began his opening round on the scoreable back nine with a bogey, but the Free State golfer rallied with three birdies on the bounce from the par four 13th.

He bogeyed the par four 16th and dropped another shot at the fifth but rolled in birdie putts at the seventh and ninth holes to force a two-way tie at the top.

Reigning Road to Sunshine Tour leader Malcolm Mitchell fared less well, signing for a four-over-par 76 to end the day in a share of 23rd place. Most of the damage was done on his back nine of 38 which included bogeys on two, four and five. 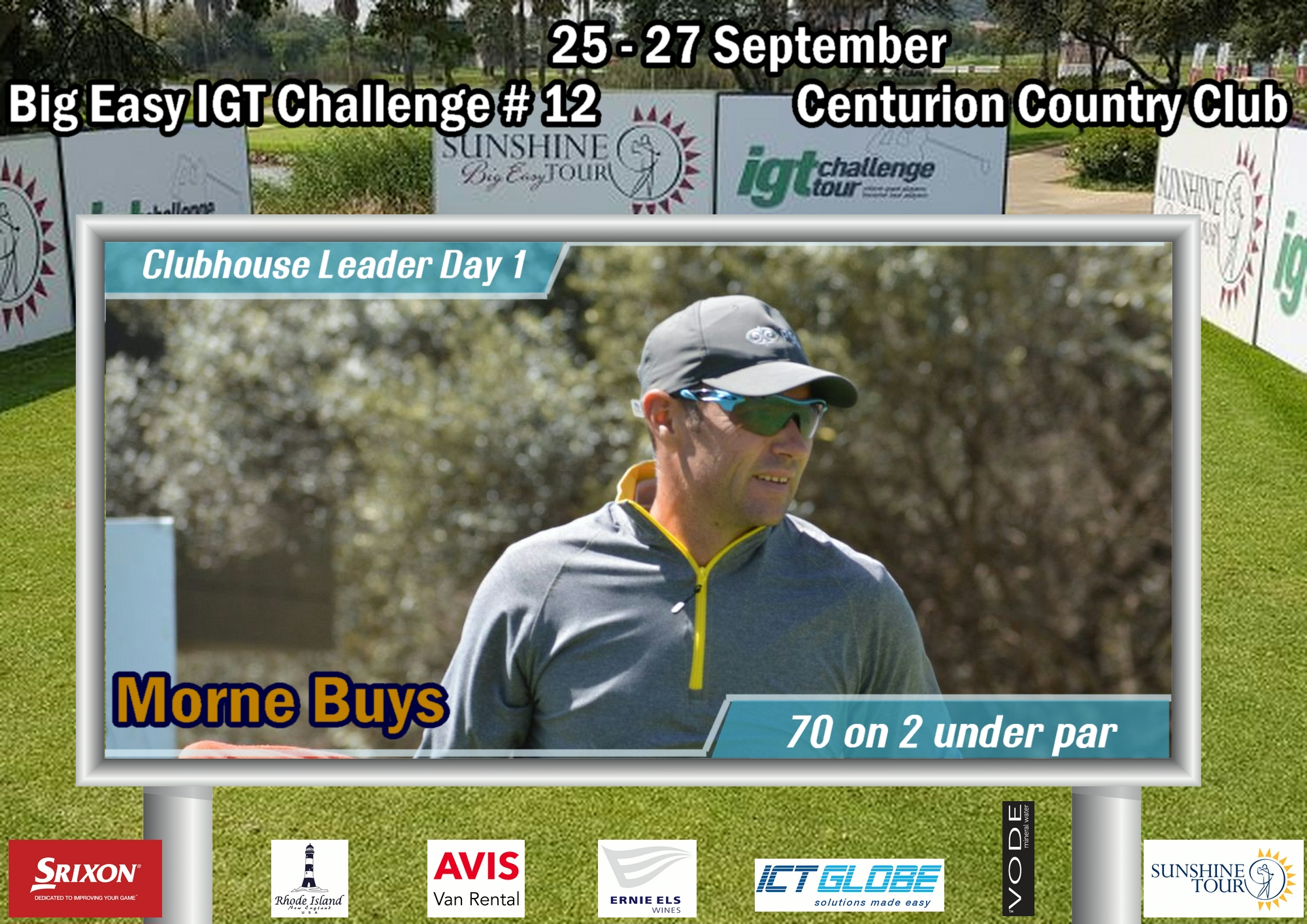